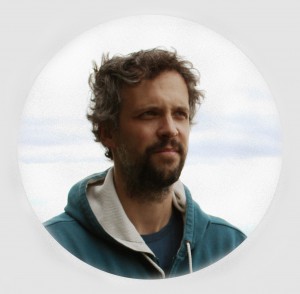 I was born in 1979 and grew up in a little village in the Hunsrück (Germany). The lonely rural area aroused my imagination. I began to draw and fell in love with movies which resulted in my first little films  that I made  with my father´s video camera.

Later that passion led me to studying Fine Arts at the Johannes Gutenberg University of Mainz, and Animation at Filmakademie Baden-Württemberg. During that time I made several short films which were shown at international film festivals. The world of children, their hopes and fears became a significant theme in these works, most notably “Der Eisenturm” (The Iron Tower), my graduation film. The tense friendship between two boys also became the subject of my next short “Streuner” (The Stray) which was funded by the MFG Baden-Württemberg and was produced by the Stuttgart-based company M.A.R.K.13. It premiered at the “Golden Sparrow” Children´s Film Festival in Gera in 2015.

Die Wasserträger (Carriers of the Water), 2002

Der Zimmermann und der Winter (The Carpenter and the Winter), 2004

The way you look tonight (pre-production), 2022